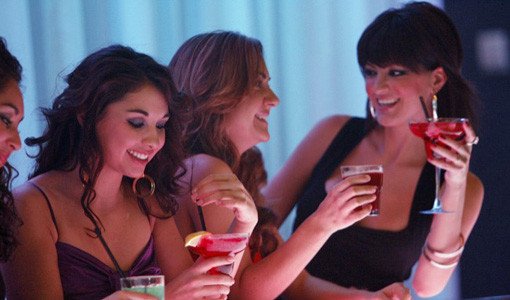 Women aren’t ignorant to the fact that guys rely on wingmen to up their game. So when you think you’re being slick by having a co-pilot intervene on your behalf, you’re not. Unless you use a woman as a wingman. In that case, you’re able to elevate your game while flying under the radar. Don’t believe us? Then listen to Marni Kinrys, the Ultimate Wing Girl and founder of the Wing Girl Method, as she explains some of her secrets, including why you’re more likely to leave with a girl by showing up with one.

Also: Bet you didn’t know these 8 things turn women on.

REASON #1: WINGMEN ARE EASILY DISTRACTED
Men are easily distracted. Period. A study done at the University of Amsterdam tested 20 men and 20 women by hooking them up to a machine that monitored brain activity while they performed a simple task. When shown pictures of members of the opposite sex, men trended towards distraction, while women stayed on top of the project. Scientists reason that this flakiness in men is a result of caveman urges toward pretty faces because they signify fertility and a greater capacity to carry on the bloodline.