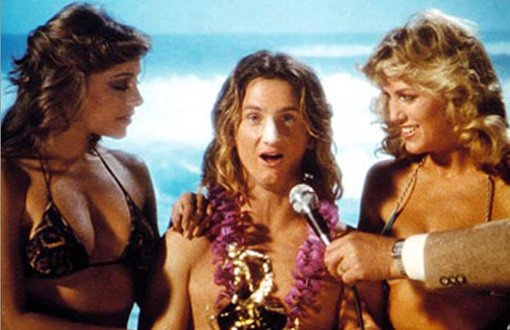 The classic comedy Fast Times at Ridgemont High is more than 30 years old. That means it’s been more than three decades since Jeff Spicoli was ripping bongs, Brad Hamilton was getting canned, and Linda Barrett was demonstrating the proper way to exit a pool. The film was the first one written by Cameron “Say Anything, Almost Famous, Jerry Maguire” Crowe, and it was the first movie or one of the first movies in which Sean Penn, Jenifer Jason Leigh, Judge Reinhold, Forest Whitaker, Eric Stoltz, Nicolas Cage, and Phoebe Cates starred.

These are the lessons a bunch of high-school goofballs in 1982 still have to teach us:

3. Kevin Kline is a lucky man.

5. A good big brother is understanding, not overprotective.

NEXT: FINISH PIZZA BEFORE CLASS …