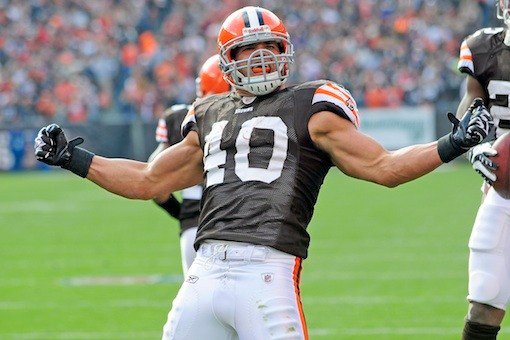 Let’s be honest — your grandmother could successfully draft the first several rounds in your fantasy football league. That’s because most of highest-ranked players are big-name veterans with whom you’re already very familiar, and it doesn’t take an NFL expert to realize that picking the best players first is a good idea. This means that your league will be won or lost based on the middle and later rounds, long after the likes of Arian Foster, Adrian Peterson, and Larry Fitzgerald are gone.

So if you want to own your fantasy football draft, you need solid strategy after the big names are gone. Lots of dudes claim to be fantasy football experts, but we went to a guy who actually gets paid for it: ESPN fantasy expert James Quintong. To reiterate, James plays fantasy sports for a living, so we suggest you listen to his advice. 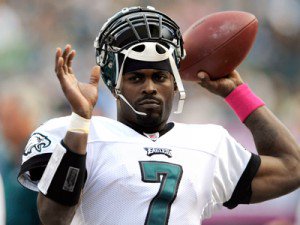 1. DON’T OVERRATE QBs
You may be tempted to pick Michael Vick early based on what he did last season. And that’s a gamble that could end up paying off. But don’t worry about missing out on him and on the other elite, first-tier quarterbacks. For one thing, Quintong tells us that in ESPN office drafts, QBs typically don’t even start getting drafted until the sixth round. So if you’re playing in a 10- or 12-team league, there’s a good chance you’ll have the opportunity to snag a prime player in the middle rounds. However, if some wacko in your league takes Brady, Manning, and Rodgers with his first three picks, you’ll still be able to wait till the middle rounds to pick guys with huge upsides like Matthew Stafford, Sam Bradford, and Kevin Kolb. “We know that the top QBs are going to do what they do, but you don’t have to reach for them,” Quintong says. “There are enough elite guys that you should spend your early picks on other needs.”