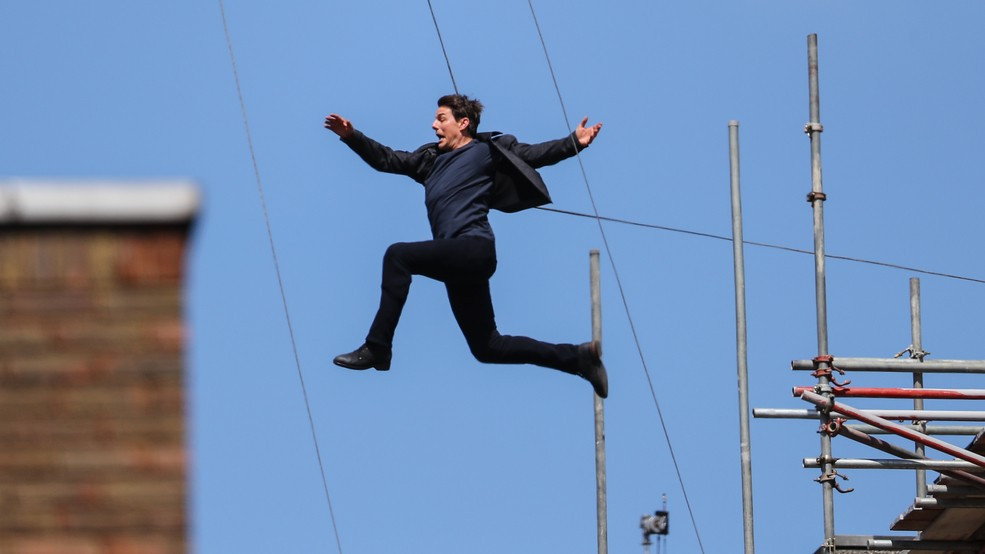 Yeah, Tom Cruise lost some luster — and never fully got it back — after the whole couch jumping incident with Oprah, and the Scientology weirdness, and overall being a weirdo in interviews, but even at 55 years old, Tom Cruise — aka Thomas Mapother IV — still does many of his own stunts. In fact, he was injured in August 2017 filming a stunt for Mission Impossible 6 while shooting a building-jumping stunt (pictured above) in London. Spoiler alert: He’s okay! And it made us think about some other kick-ass stunts he’s done, including:

Tom Cruise made a mark in Hollywood by portraying a US pilot in Tony Scott’s 80s blockbuster Top Gun. This is virtually when people started to realize just how Tom Cruise is devoted and passionate about his roles in movies. In the movie he plays LT Pete “Maverick” Mitchell who is part of a Navy pilot program, but of course, when he signed up for the role he insisted that his contract has to guarantee that he gets to fly an F-14 jet fighter three times. When mentioning the Top Gun 2 Tom said that if it comes to it, he’ll make sure to fly a jet again (so no CGI for him… just the real thing).