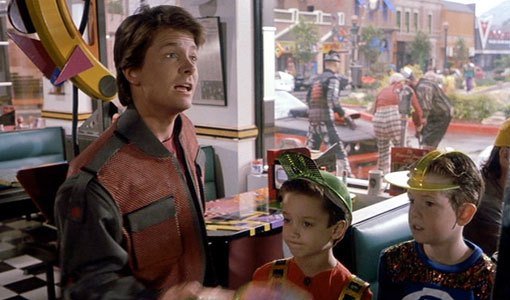 22. Elijah Wood, who’d later become known as Frodo in The Lord of the Rings series and that guy in the weirdo TV show Wilfred, made his film debut as a boy playing the old-school Wild Gunman video game in Back to the Future: Part II. (He’s the kid on the left, by the way.) On a side note, that Cafe 80’s sure did look like a cool place hang when Griff and his dickhead pals weren’t around. 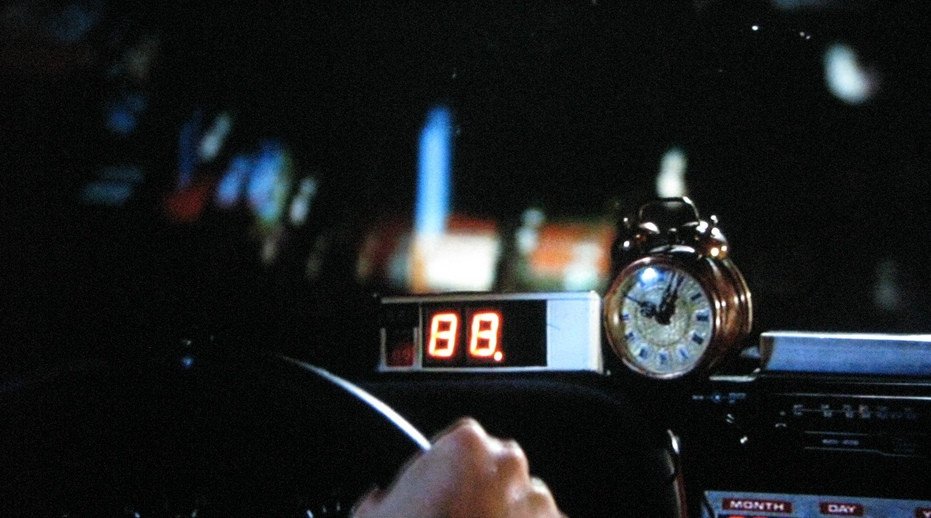 23. The speed of 88 miles per hour, which the DeLorian has to get up to go back or forward in time, has no scientific basis or ties to other themes in the film.