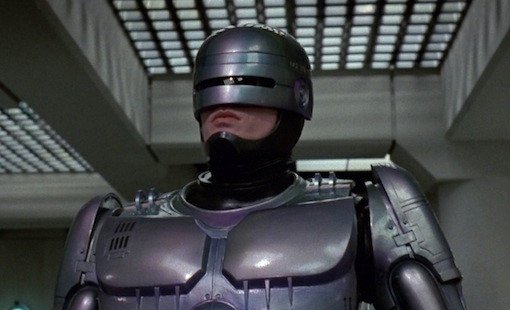 Two and a half decades ago, an outlandish movie contemplated the private takeover of municipal law enforcement in a Detroit that had turned into a desolate warzone. What’s the outlandish part, you ask? That as a result, the world was given a new breed of cop. A “RoboCop,” if you will. And if you won’t, too damned bad, because the movie was called RoboCop and if you were between the ages of 8 and 17 in 1987, it gave you a sci-fi stiffy all summer.

The movie was a gritty, gory, and at times gut-busting meditation on unhindered corporate greed, utter urban failure, and terrible fashion choices. It was visionary. It was subversive. And since it was so amazing, Hollywood has of course decided to reboot the franchise in an attempt to ruin it. We’re sure they’ll succeed, but before they do we’re looking at what the old RoboCop taught us …

1. Detroit is a lawless hellscape run by corrupt officials and bloodthirsty, well-armed criminals … wait, we already knew that.

3. Paul Verhoeven made “Clarence” a badass name six years before Quentin Tarantino did.

4. “Boner” is a hilarious name to call your boss if you’re an insubordinate subordinate.

5. “Buddy boy” is a stupid name to call your insubordinate subordinate if you’re his boss. 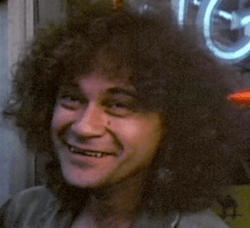 7. If there were a show that consisted of nothing but a smarmy idiot saying “I’d buy that for a dollar!” while surrounded by hot chicks, we would watch it. But we would feel bad about ourselves.

8. Screw USB. We want to interface with computers via DFS — Deadly Fist Spike.

9. Technological advances in the protective equipment worn by police officers are made moot when those officers refuse to ever wait for g*ddamned backup.

10. Three-piece suits made of the same material as nut-hugger gym shorts? Due for a comeback. 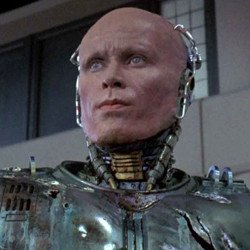 11. Good business is where you find it.

12. Privatizing civil-service agencies works.*
*This message paid for by Romney for President, Inc.

13. If you spit blood onto the face shield of a justice-obsessed cyborg cop, you’re probably going to get your ass thrown through some windows.

15. Cocaine factory workers are very cavalier about how much of the cocaine falls on the floor. 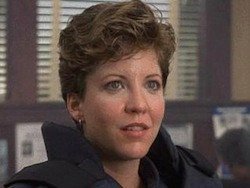 17. Even in beta, a robot cop is more compassionate than some real cops.

18. No one looks good in pleated pants.

19. American cars manufactured in the 1980s were, by and large, the worst things ever made.

20. Parking illegally will one day be a capital offense. 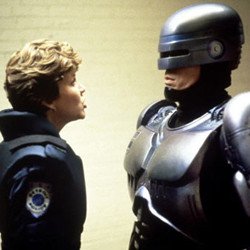 21. “Bitches, leave!” is a surprisingly effective way to clear a room.

22. Never, ever, ever drive your truck into a rickety vat of flesh-melting chemicals.

23. Matte-black police cars are far more intimidating than white ones.

24. We will never be too mature to not think, “Dick, you’re fired!” is a hilarious thing to say.

Next Up: 25 Things We Learned From Lethal Weapon 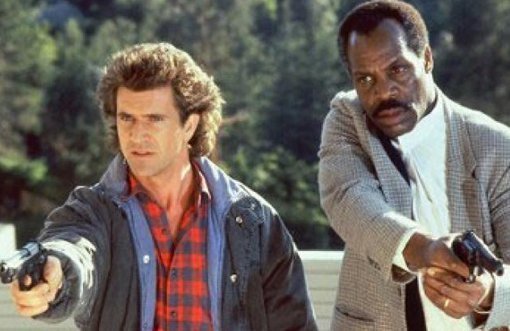