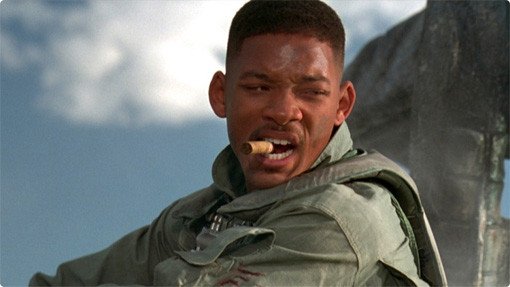 If you don’t smoke cigars you most likely have decent breath and tremendous lung capacity. For those of us who do enjoy smoking them, we know there’s a whole lot more to stogies than simply smoking them. Next time you’re schmoozing with the boss or killing time talking to your girlfriend’s old man, use these seven interesting points of conversation to fall back.

1. Size Doesn’t Matter
At least when it comes to cigars. Smaller, thinner cigars often burn hotter, giving them a more intense flavor. Meanwhile super-thick ones burn more slowly, and are “cooler” to the mouth, and therefore better for novices. And if you’re one of those guys who absolutely demands to smoke the thickest, longest cigar he can find, well, you’re probably overcompensating for something. We can’t imagine what, though.

2. And Neither Does Color
Darker cigars — generally known as Maduros and Oscuros — look more badass. But that doesn’t necessarily mean that their flavor is as rugged as they make you look. Sometimes the tobacco leaves used to wrap the cigar don’t match the filler tobacco inside, meaning super-dark stogies can actually burn very mildly. So don’t ever let anybody bully you for smoking a lighter shade cigar, because that dude doesn’t know what the hell he’s talking about, and now you do.