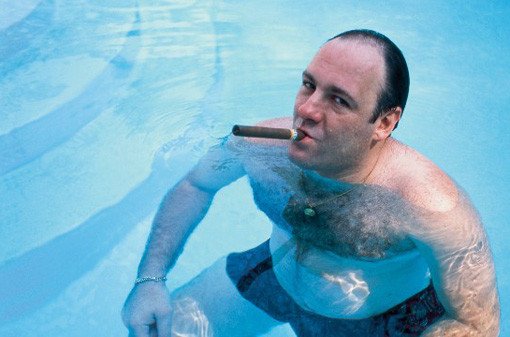 3. There’s A Right Way To Light Them
If you’ve ever lit a cigar in front of a group of aficionados with a cardboard match or a lighter from 7-11, know that you’ve been harshly judged. Whether it was out loud and mockingly or — our preferred method — silently so they could laugh at you later on, makes no difference. But those guys aren’t entirely off base. Cheap matches and lighters have chemicals in them that can mess up your cigar’s flavor, particularly during your initial puffs. To smoke like a pro, only light up using a wooden match, butane lighter, or, if you’re feeling aristocratic, a shard of wood called a cedar spill.

Also: We know how big your penis is

4. The Band Is A Mystery
The origin of the cigar band — the small ring of paper or foil wrapped near the end of the cigar you light — is somewhat enigmatic. Some say that Catherine the Great invented them. She apparently liked to light up after riding her horse,* and didn’t want to stain her fingers. Others say that Cuban cigar companies began the practice so that their English dandy customers wouldn’t stain their white gloves. But in reality, it’s probably just a marketing ploy; a way for cigar manufacturers to advertise their brand and make smokers remember just what it is they’re actually smoking.

There’s also some debate as to whether you leave the band on or take it off while smoking, with lots of chirping coming from both sides. But we’re putting that argument to bed right here and now: It. Doesn’t. Freaking. Matter.

*High five if you like Catherine the Great humor!