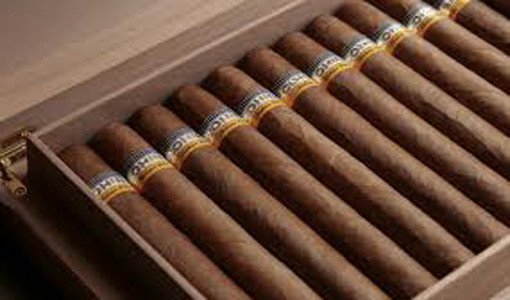 7. You’re In Good Company If You Smoke Them
It won’t make you a more prestigious person, but you’re certainly in a club with famous dudes. John F. Kennedy smoked cigars. That in and of itself lets you know you’re in some pretty good company here. You can name pretty much any baller, shot caller, and/or brawler from the 19th or 20th century and there’s a good chance he smoked stogies. Some notables:

· Ulysses S. Grant was a light smoker until a newspaper article described him with a cigar in his mouth, and from then on he received so many boxes of cigars as gifts that he developed a 12-cigar-a-day habit.

· Winston Churchill smoked so many cigars they actually named the popular Churchill cigar size after him. Once during a visit with the king of Saudi Arabia, he famously p’owned the tee-totaling, anti-smoking monarch by insisting, “My rule of life prescribes as an absolutely sacred rite smoking cigars and also the drinking of alcohol before, after and if need be during all meals and in the intervals between them.” The king obliged.

· Michael Jordan allegedly used to smoke cigars on the team bus whether his teammates liked it or not. You on the other hand, should be more considerate. Being the GOAT means getting perks mere mortals don’t.

· Even Sigmund Freud — perhaps one of the greatest minds of all time — found it hard to talk about cigars without making a dick joke. In fact, “sometimes a cigar is just a cigar” might be the most famous dick joke of all time. The father of modern psychoanalysis, Freud smoked as many as 20 cigars a day. If that sounds excessive, it’s because it is excessive. Freud died of jaw cancer as a result of his habit.