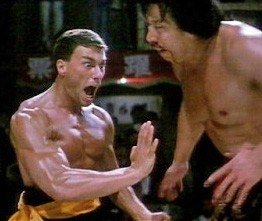 There are hundreds of ways to beat someone up. Some guarantee you’ll have to install a safety on your knuckles. Others won’t even help you beat rush hour traffic. But which method of fighting kicks the most ass?

That depends. Do you want to become a traditional pain dealer, observing the techniques of centuries-old martial arts? Or would you rather take a contemporary approach to ass kicking and make your own rules?

Check out the specs on these nine ways to kick ass and decide which one you want to master. 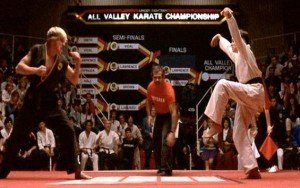 Karate got its start in Japan more than 600 years ago, and covers various forms of kick-and-punch techniques, including Kenpo, Wado-ryu, and Shito-ryu. It’s unarmed hand-to-hand combat that’s rooted in tradition, respect, and proper technique. Translation: If you’re after an immediately gratifying knuckle-busting lesson, you and your gi should hi-yah elsewhere. Mastering karate takes lots of time and more self-discipline than not yelling “Get him a body bag!” when Daniel LaRusso squares off against Johnny Lawrence at the end of the Karate Kid. (Fun fact: Charlie Sheen turned down the role of Daniel.)