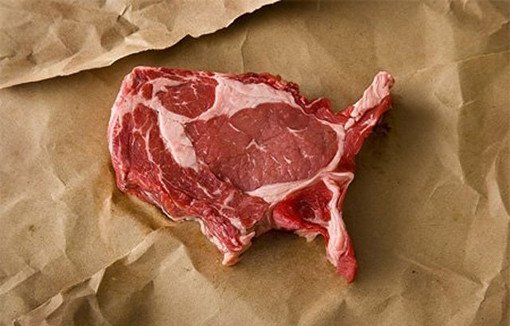 Ever eat a marinated rib? Nope. Brisket? Nope. Steak? Nope. You know why? Because marinades are for n00bz. Real Zen master grill pros use rubs.

If you cut meat super thin (like beef for fajitas) a marinade may be able to work its way into the muscle fibers. If you poke it full of holes, then the marinade can seep into the vacant spaces and add flavor. But meats are already about 70 percent water, leaving little room for marinades. This means that no matter what double-secret mixture you dunk your chicken in, unless you alter it in a significant physical way, the best a marinade will do is transmit a little flavor to the meat’s surface.

Also: The Pit Cue Col: The Cookbook Will Make You A Less Awful Griller

Plus, the acids in many soaks can degrade the flesh and cause mushiness. The moisture on the surface of the meat will also steam during cooking, and steam is the archenemy of crispiness. Sugary or oily marinades will trickle off the protein and onto the flames, causing flare-ups and charring.

So screw marinades. Rubs are the rub! A dry rub — or even a hybrid rub/marinade called a wet rub — will transmit more tasty nuances than a marinade, and will cling better to the meat, reducing the risk of flare ups and delivering more punch on the plate. Here are four concoctions that’ll have you rubbing one out from now on.

BASIC BBQ RUB
This is what guys named Tallahassee Lou rub on ribs before smoking them for 30 straight hours. The basic rub is a broad-spectrum flavor enhancer that goes great on chicken, pork, beef, or even in a little pot of beans if you have one. The basic recipe here cries out for you to add a signature seasoning. Our suggestions include a dash of unsweetened cocoa, grated garlic, a spoonful of wasabi, or a shot of bourbon or smoky mescal.

Another nice thing about rubs is that they last as long as the spices within them. You can make the basic rub in whatever quantity you wish, then keep it in an airtight container for later use.