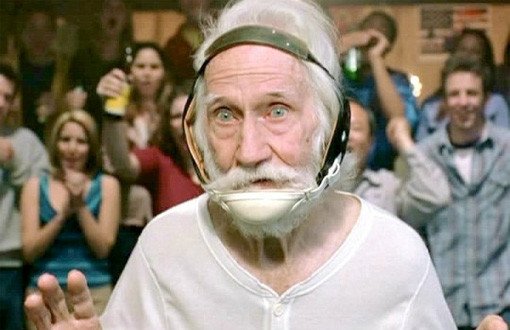 High five, fist bump, or engage in a brief, super-awkward one-armed hug with the dude standing next to you. Why? Because according to researchers, guys today are expected to live significantly longer than they were just 20 years ago.

To be exact, a man’s life expectancy in the United States went up by 4.6 years between 1989 and 2009 — so says the Institute for Health and Metrics and Evaluation, and based solely on the name, we tend to believe them. How much did women’s life expectancy grow during those same years? About 2.7 years. (Men rule! Women drool!) While we’re still lagging behind females overall — American women live to an average age of 81.3, men to 76.2 — we’re closing the gap. According to scientists, this most likely has to do with dudes making healthier life choices; smoking less, exercising more, and being proactive in combatting ailments like high blood pressure and cholesterol.

So how should you kill those extra 4.6 years when you’re a geezer? Here are some suggestions:

• Watch every episode of Murder, She Wrote 152 times.

• Stay stocked up on cures for balding and meds for erectile disfunction; rest homes are great places to meet women.

• Drive across country … well below the posted speed limit.

• Break some of Jack LaLanne‘s fitness records for old guys.

• Grow the elaborate facial hair you never could grow before you were retired.

• Yammer about stuff no one under 60 will even remember — like Justin Bieber, the San Diego Chargers, and paper.