Walking out of a movie theater and thinking, “What the hell just happened?” is hardly the worst thing that can happen to you after watching a movie. (The worst thing that can happen to you is walking out of a theater and thinking, “Well, I just paid $12 to see After Earth.”) While certain movies trade on vague non-endings that truly can’t be puzzled out because the person who wrote the film never even knew what the ending meant, other movies do wrap things up — just not in a neat or obvious way.

So to put an end to some of the questions and debates about those movies, we’ve explained the very definitive endings for 10 of the top confusing movies that made lots of people go “Huh?” There should be no need to say this, but we’re going to say it anyway — SPOILER ALERT etc.

Not surprisingly, the first movie we’re going to discuss is **BWONG!!!!** Inception. 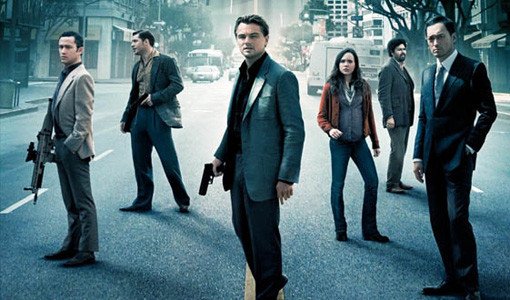 Christopher Nolan’s big budget remake of Dreamscape had an ending that immediately got everyone talking. Leonardo DiCaprio whips out a tiny spinning top, which is a “totem” (an object dream technicians carry to connect them to the real world). We are told the top will keep spinning and never fall if Leo is in the dream world.

So did it fall? Was this real? People claim you can hear the top fall after the credits roll, but they are, to put it gently, wrong as f*ck. Nolan, who also directed The Prestige, pulled the classic magician’s trick of misdirection, or focusing your attention on the wrong thing.