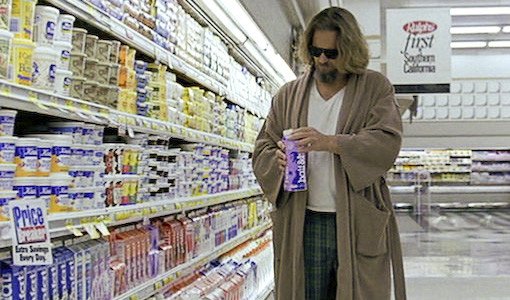 The U.S. Food and Drug Administration estimates that a family of four spends as much as $1,200 per month on food. You can add up your own receipts to figure out how much you spend, or you start with the FDA’s figure and do some math (sorry) to come up with your own amount. Let’s say a single dude spends $200-$250 a month. If you’re frequently cooking for a date, girlfriend, or caveman you found frozen in ice and thawed out, that figure will probably be even more.

That’s a significant chunk of change every year, so if you could figure out a way to put a dent in it every month, you’d end up saving hundreds of dollars a year on groceries so you could spend that money on other necessities, like video games and awesome cars. And we have some suggestions, none of which have to do with adopting a Kool-Aid-and-Ramen diet. So here are 11 pretty easy ways to save money on groceries.

#1. Don’t Buy More Just Because The Store Tells You To

Buying two things at an excellent price is always a good bargain … right? Not necessarily. Oftentimes, when you see something advertised as “2 for $5,” the reality is that each individual item costs $2.50 — in other words, you don’t actually need to purchase two in order to get the low price.

The last time you made a grocery list was … well, quite possibly never. Here’s why you should do it: Research shows that people with shopping lists cut down on impulse buys and wind up saving up to 10 percent per trip to the store. For layabouts and environmentalists who refuse to use a pen and paper, there are smartphone apps like Grocery IQ, which boasts a vast database of foods and brands, and which you can use with voice dictation.