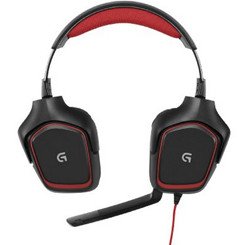 The Good: High-quality sound output and a folding built-in mic for trash-talking noobz. Also, there are on-cable volume controls. So you don’t have to reach for a remote and hit mute before yelling at Mom to bring your goddamn grilled cheese.

The Bad: Comfort may become an issue. Of course, those complaints could be from people who have sat in front of their game consoles playing League of Legends for five days straight without a shower.

The Fugly: There is such a thing as esports now. proving that the world has gone mad. It’s where people pay to watch other people play video games competitive, kind of like The Wizard with Fred Savage. Except Fred Savage isn’t part of it, there’s no Lucas character, and the games are way more intense than Super Mario Bros. 3.