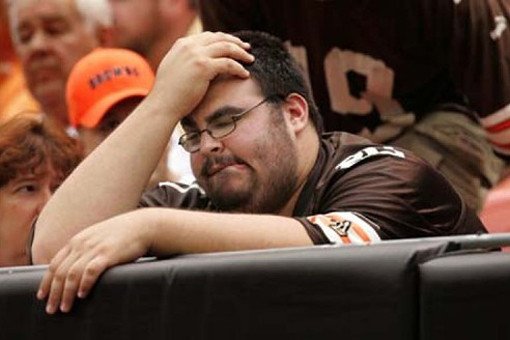 #5. We Grieve At The Losses

Just like a death — okay, maybe not just like a death — the stages of grief over a hard loss do exist. “I don’t think that a big sports loss is similar to the depression or grief that accompanies the loss of a parent, a child or a spouse,” cautions Masini. “But, there are stages that follow a disappointment in sports performance. When a fan’s team performs poorly all season, there’s a different, more gradual sense of loss.

Each game in which the team performs poorly, is a way for fans to see that there will be no play off celebration. A more difficult sports loss to overcome, is when your team loses by a point or a deciding game or an error. This type of let down is very difficult for fans because the win was so close, you could smell it, taste it, feel it — and it feels like it’s been snatched away. This feels like a violation, as if something has been stolen from you. And this is the type of loss that invokes the greatest reaction from a fan.”

NEXT: WE SHUT DOWN AFTER A BIG LOSS