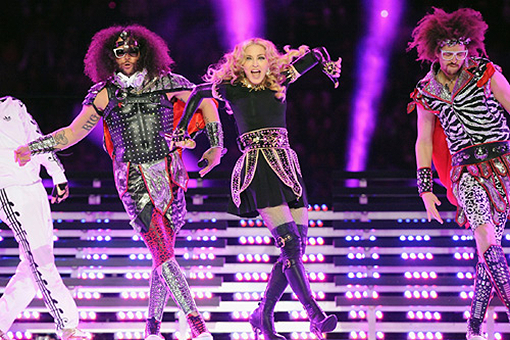 While most of us are busy mixing cocktails or standing in line at a sports bar taking a leak during the break, lots of people watch the Super Bowl halftime show, refusing to believe it’s as overhyped as the commercials. Some weirdos — :: shudder:: — even watch the games specifically for the halftime show. Crazy, right?

Sure, some of the acts like The Who and Bruce Springsteen were cool, but you know when the halftime show is at its best? When there’s a screw up or it’s a dud. Like these …

#1. Bruce Springsteen (2009)
At 60 years old, Bruce Springsteen had 15 minutes to showcase that Mick Jagger wasn’t the only bag of bones who could still rock without cracking a hip. He even managed to recover from taking a camera to the nuts without a hitch. That’s a pro, folks.