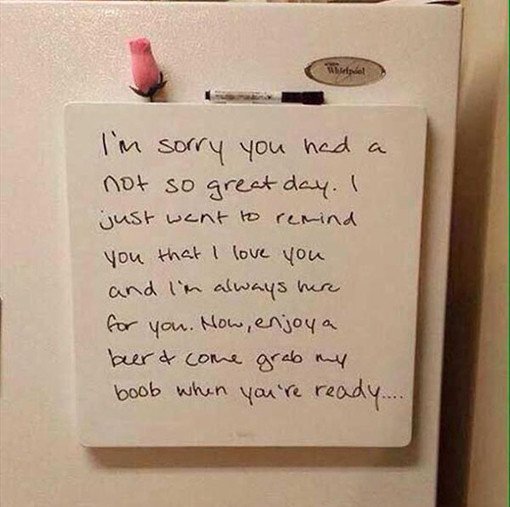 We asked our readers — aka men seeking women — to tell us what traits they find most admirable in a girlfriend. We said we’d change the names of those mentioned — and we did — so we could get honest answers without the submitter worrying about any potential repercussions.

That said, although we did edit the answer for clarity, the overall answers remained unfiltered. If you disagree with them or think they’re off the mark, great! They’re someone’s opinion, so we totally get that. On the upside, we anticipated more sexually-charged submissions than we received. We were happy that more men were seeking women who brought more emotional or non-physical traits to a relationship.

1. She Has An Open-Door Policy
“I’m from the woods and I like to poo with the door open. It’s not gross or a big deal where I’m from. I can’t count on both hands how many guys I’ve seen drop into a duece session in the woods during a hunt or a hike or during a night of gassing beers; it’s just what happens. At home, for some reason, I feel freer. Plus, if we’re watching TV I want to keep hearing it. She’s welcome to adopt the same policy, too. I’m not grossed out. We don’t need to compare or have a discussion about what transpired, but the option to keep the door open means a hell of a lot to me.” —Patrick M., Dingmans Ferry, PA

#2. She Wants To Evolve
“Nothing stays the same. If that were the case I’d still be doing beer bongs on random Wednesday nights. And the same goes with relationships. The work you put into them is what will eventually sustain you if you decide to get married. I’ve had issues with women who want things to remain the same.

Three years and she didn’t want to move in. She had the same crappy job, making the same crappy money — not even a raise for cost of living. When we finally did move in together my stuff was on the “things to toss” list. Only her stuff that was allowed to clutter our new apartment. I know, I know, maybe she wasn’t the one. But if she wanted to find ways to move our relationship forward, it would have helped us maintain. (Yes, we’re still together. I don’t know why.)”
—Nick T., Mar Vista, CA

Next: She Won’t Change (Because Neither Will You)