Arnold Schwarzenegger is old, this you know. What is Arnold Schwarzenegger’s age, you ask? Welp, he’s a ripe 69-year-old, and the former bodybuilding champion, governor of California, and fornicator has been in movies for more than four decades. A handful of those films are memorable, even more are infectiously quotable. Still, shitty or halfway decent, the commonalities  among Schwarzenegger movies — we’re talking the guys movies, the action movies, the watchable movies — is the one-liners and the explosions.

Also: 10 Movie Villains Who Were Actually The Good Guys

Nowadays kids who use the Twitter and the Instagram and the hashtags know Michael Bay as the demigod of fiery destruction, havoc, and mayhem in the mid-1990s after Bad Boys, The Rock, and Armageddon — but for those of us who knew Jordan before Kobe or LeBron, we pay homage to Schwarzenegger for blowing up the genre (pun semi-intended).

Someone with more time on their hands proved our point. The 32-minute clip embedded above — 32 minutes! — has some dialog, but it’s mostly just the brief lead up until something gets blown to shit in one of Arnold’s movies. From the well known flicks like the Terminators, Commando, and True Lies, to the duds you never bothered to watch like Collateral Damage, Eraser, and The Last Stand, you get to relive some insane high-powered explosions to an incredible 1980s soundtrack. Try not to go full ’80s and Jazzercise while watching. 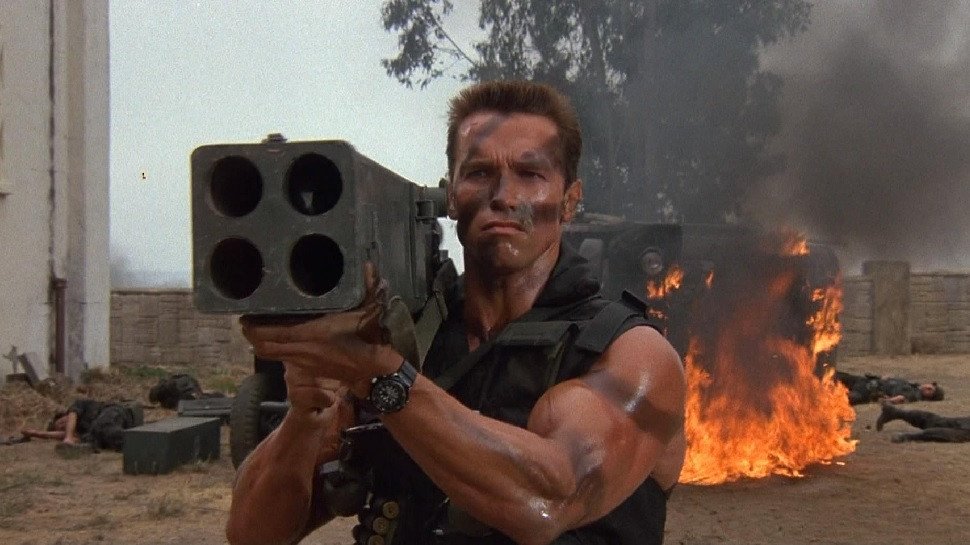