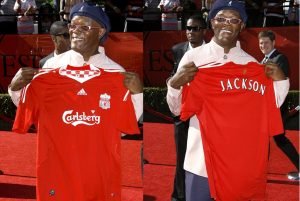 Reason: Oh, you didn’t know SLJ was one half of a set of twins? Well, how else do you think he managed to appear in fully 85 percent of all films released in the past 15 years? (And yes, we know a twin isn’t technically a body part.)