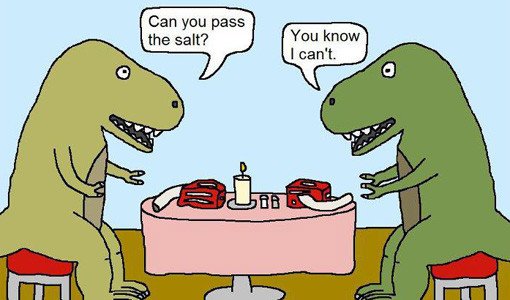 The USDA recommends that adults limit their sodium intake to less than 2,300 milligrams per day. And a vast majority of us tell those eggheads to go screw themselves since Americans sodium intake is closer to 3,400 mg a day. And we’re not the only insubordinate salt consumers, either. A recent study found that consuming too much salt might be a worldwide issue, resulting in as many as 2.3 million deaths per year.

“There may be a lot of guilt by association going on here,” says Dave Grotto, RDN, President and Founder of Nutrition Housecall and author of The Best Things You Can Eat. “People who have high sodium diets also tend to have diets higher in cholesterol and saturated fat. So it’s not the smoking gun — but it is one of the bullets in the chamber.”

Too much salt causes fluid buildup in your body, which increases your blood volume and makes your heart have to work harder to pump it around. Short term, you’ll feel bloated and uncomfortable. Long term, you might bet setting yourself up for a heart attack or stroke. Even if you’ve got a healthy ticker now, monitoring your sodium intake matters since cardiovascular disease is cumulative. To help you eliminate foods that carry excess sodium, Grotto shares some foods that you may want to consider skipping.