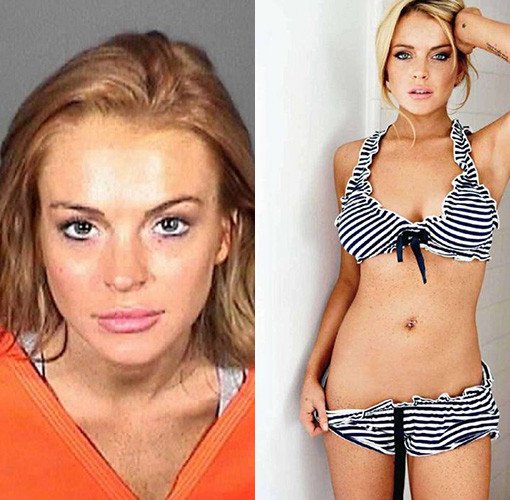 LINDSAY LOHAN
There are a few arrests to choose from during Lohan’s descent from cute child actor to disturbed Skelator lookalike. In fact, between 2007-2013 she has six mug shots. What an accomplishment!

But 2007 was a particularly bad year; Lohan got busted for cocaine possession (DUI) and wrecking her car; then she was caught driving with a suspended license. (She spent one day behind bars and 10 days community service for that.) In 2010 her probation was revoked for skipping a court date. She skipped booze ed classes — which we were never offered in school — and was sentenced to 90 days (she served two weeks).

Then in 2011 she was locked up again for violating the 2007 DUI probation; and in October ’11 she had her probation again revoked. Lastly —or should we say, most recently — in 2013 she left the scene of an accident and was involved in a brawl.

In short, Lindsay Lohan is a classy woman.