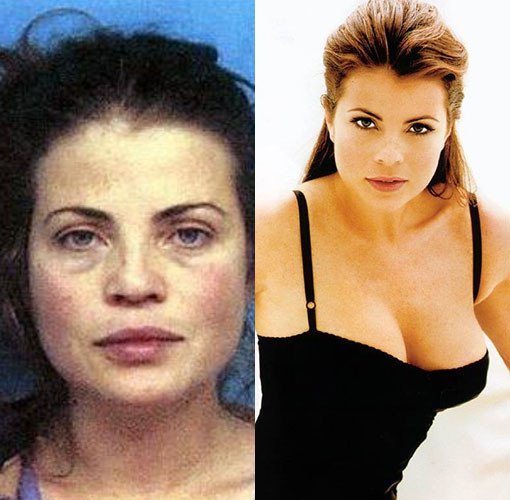 YASMINE BLEETH
Bleeth opted to rail a few lines of coke before taking in the sights of the lovely city of Detroit in 2001. Sadly, police officers hate when tourists drive on the highway median, and she was charged with DUI. Cops found syringes and trace amounts of cocaine. She pled guilty in ’02 and was given two years of probation and 100 hours of community service.