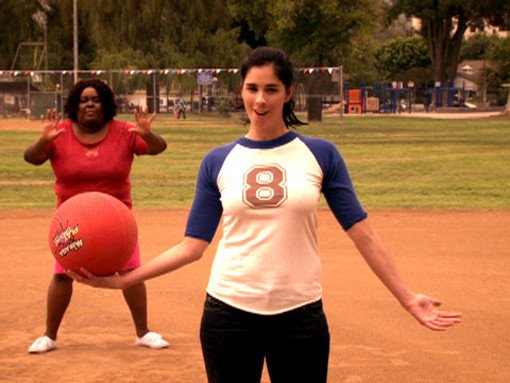 Why Kickball?
In the New York Times piece, Getting a Kick out of Kickball, one of the players explains the adult appeal of a game traditionally played by children, “Unlike other ostensibly adult leisure activities, kid games are inherently about fun. There’s too much self-improvement and status accrual and purposefulness in things like going to the gym or doing yoga or racquetball. I think the essential appeal is that they just want their play to be more playful. Kickballers sort of relish the fact that it’s a stupid game. They wear it as a badge of pride. It’s their way of announcing to the world: ‘I’m not done. There’s still fun here. I may be grown up, but I’m not going to go quietly into that dark night.”

Also: How To Dominate An Arm Wrestling Match

Breaking out of your adult routine and de-stressing with a round of kickball is easier than you might think. Here are five easy steps to starting your own casual adult league, from gathering interest to designing the team T-shirts:

1. Gather Interest
It’s going to be tough to start up a kickball league unless you have some buddies to play with you. You might need to do a little convincing, but your friends will probably look forward to the opportunity to meet new people and do something a little out of the ordinary to spice up their weekly routines. For friends uninterested in athletic endeavors, just remind them that the game is primarily a social outing with low pressure and plenty of drinks to guarantee a good time.

2. Set Up Group Communications
You’ll need an easy way to communicate with your future players, and there’s no shortage of ways to set that up. Word to the wise, avoid the group text chain. Nobody wants the constant barrage of messages and it’s impossible to figure out who’s who. Opt for an email thread that’s easy to keep track of, or use a free app like GroupMe to keep communications organized in one central location that you can check when it’s most convenient. Once you’ve set it up, you can send everyone updates on games and planning information.

Next: Location and Time Slot