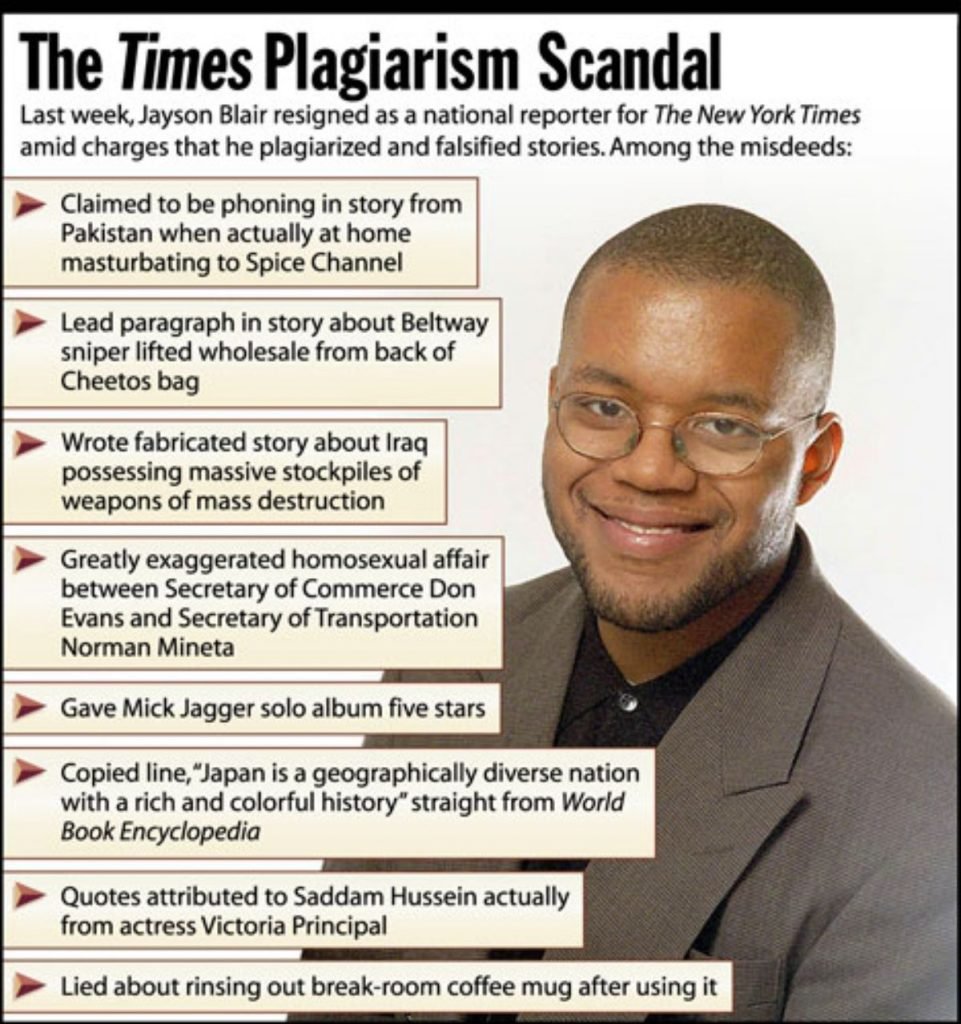 Jayson Blair
In April of 2003, New York Times editor Jim Roberts called Jayson Blair to ask him about similarities between a story he had written for the Times and one that had been written by Macarena Hernandez for the San Antonio Express News.

This incident famously led to an investigation which revealed that Blair had plagiarized or fabricated details from dozens of stories which he had written for the Times. After his firing, the Times wrote a 7,239-word front-page story detailing Blair’s misdeeds.