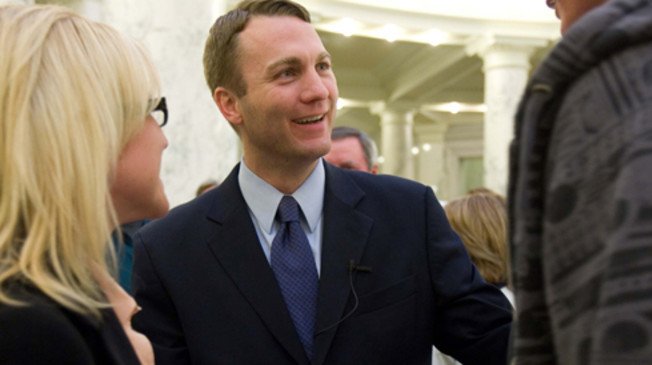 Vaughn Ward
As an Iraq War veteran and one of the Republican Congressional Committee’s “Young Guns”, Vaughn Ward was one of the favorites to win the Republican nomination for Idaho’s 1st Congressional district. His campaign, however, was derailed both by his own geopolitical ignorance and for plagiarizing half of his platform from other candidates and Barack Obama’s speech to the 2004 Democratic convention.