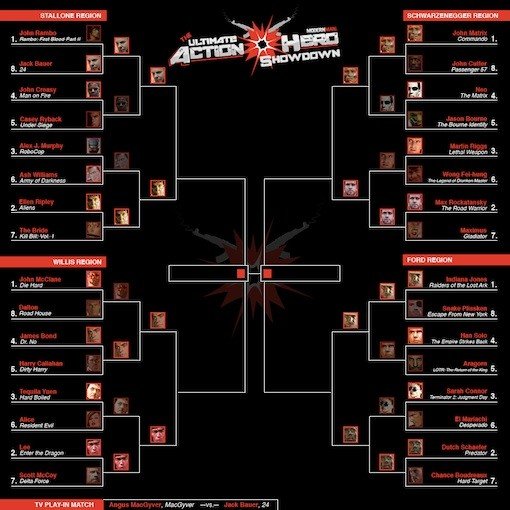 DAY 7: THE ELITE 8
(Click on the bracket for a closer look.) 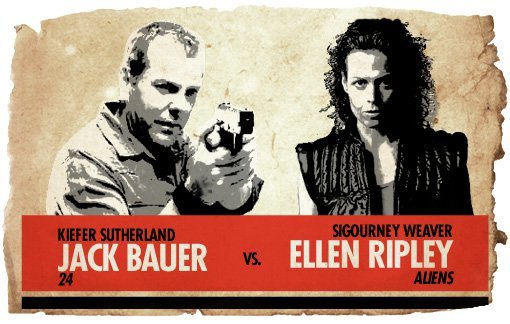 Both have made livings out of battling aliens (whether cosmic or illegal). But Ripley does things by the book, while Jack breaks rules like neck bones. That profits the Steely Defender of Liberty (© 2001-2011, Fox Networks) at first, when he ignores Ultimate Action-Hero Showdown prohibitions on grade-school torture (look ’em up). The faint outline of nipple evident through Ripley’s tank top makes her vulnerable to the purple nurple, which Jack applies with extreme prejudice. But Ripley then turns the tables on Bauer: After Jack tortures her, she tortures him right back with stories of battling aliens on the rag, forcing him to tap out.
WINNER: ELLEN RIPLEY 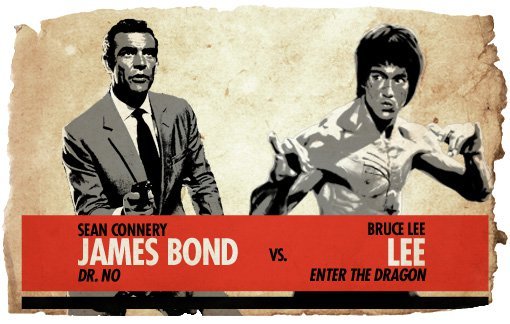 In an alternate universe, these two could have teamed up to headline the Rush Hour franchise, but fate has them at odds instead. How ironic. (Don’t ask why.) Rather than take the offensive, Bond wisely waits out his near-inhumanly fit opponent, studying his moves, sizing up his abilities, and patiently waiting for the Dragon to — ::FOOT TO THE FACE!:: Lee’s breakneck speed catches Bond unawar — ::THROAT PUNCH!:: Bond attempts to regain his sens — ::CHIN PALM!:: Like a salad shooter, the flutter of Lee’s appendages dices and juliennes England’s top secret agent, outfitting him for one final disguise: pile of fried chips.
WINNER: LEE 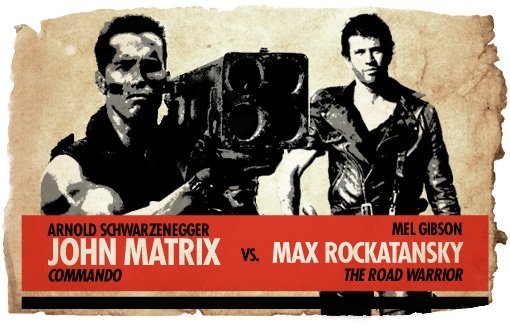 Two men enter, one man leaves. And as far as Matrix is concerned, playtime is over. The gloves (and the shirt) are off, and the warpaint has been applied with surprising swiftness and precision. The desert warrior Rockatansky can only squint into the distance as something that looks like a gamma-irradiated tiger rushes towards him. Thinking quickly, Max grabs the Feral Kid and chucks him at the oncoming Matrix. Matrix palms the boy with one hand and then, pausing only to tell the confused child that it is not, in fact, a tumor, hurls him back at Max like a spear. The Feral Kid strikes him square between the eyes, and both Max and the kid crumple to the ground. “You’ve been Max’d out,” Matrix says … to no one in particular.
WINNER: JOHN MATRIX 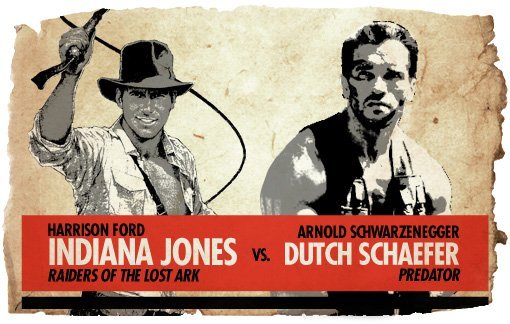 Indy’s been in scrapes like this before — staring down an enemy who towers over him and outweighs him by about a hundred pounds. Unfortunately, he soon comes to the chilling realization that no one bothered to write him an unlikely way out this jam. (Besides, George Lucas already had “Indy Gets Killed By Dutch” playsets on Toys ‘R Us shelves three weeks before the fight.) Dutch levels “Ol’ Painless” at Indy’s fedora and asks him if he has any last words. The archeologist can only look skyward, shake his fist at the heavens (or is it at Skywalker Ranch?), and scream, “Shia LaBeouf nuclear refrigerator aliens WHHHHHHHHHHY?!?!” before Dutch mercifully ends his life.
WINNER: DUTCH SCHAEFER