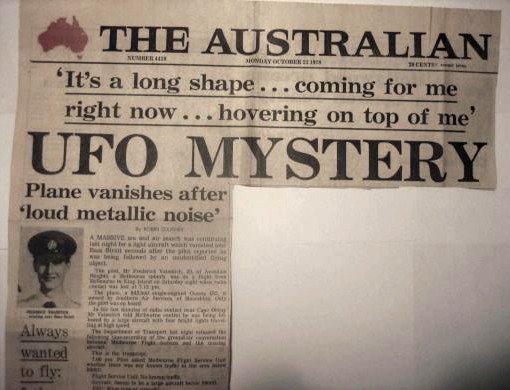 #2: The Valentich Disappearance | Australia, 1978
Twenty-year-old Fredrich Valentich was flying his plane over the Bass Strait when he radioed to air-traffic control that a huge, shiny aircraft with green lights kept “buzzing” him at speeds and trajectories that would have been impossible for any manmade vehicle. When asked for clarification, Valentich said, “… is hovering on top of me again. It is hovering and it’s not an aircraft.” Then 17 seconds of metallic scraping sounds came over the radio before there was silence.

A search and rescue mission was launched, but Valentich and his plane were never found. Some theories contend Valentich staged his own disappearance, or that he became disoriented and crashed into the sea. His father, however, wasn’t on board with those explanations, telling the Associated Press, “The fact that authorities have found no trace of him presents a possibility that UFOs could have been there.”

Of course, if that was all it took to prove aliens existed, there’d be an awful lot of Italian-Americans in the Tri-State area who believed in aliens.