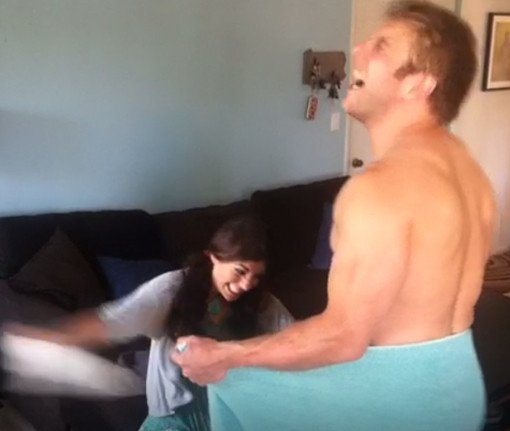 Last Movember, I was a couple of hours away from getting a Hulk Hogan-esque handlebar mustache waxed off of my face for a ModernMan story — basically, we just wanted to see how bad it would hurt. But then an esthetician helpfully explained to me that waxing a ‘stache that thick would basically rip off all the skin on my upper lip. Because Erica, my fiancée, isn’t a big fan of unsightly facial scarring, I decided to just shave off the mustache instead. [Too bad you’re not a team player. —Ed.]

Seven months later, with men’s body waxing on the rise, my editor suggested I do a “safer” version of the story in which I have Erica wax pretty much every single part of my body to see which hurts the worst. I didn’t get my upper lip done this time, but I did get my legs, arms, stomach, chest, eyebrows, armpits, ass crack, and, of course, pubes done. It all hurt, but some of it hurt real bad. So I ranked them from “Ow! That stings!” to “I played college football and that is still more painful than anything I ever experienced on the field. What’s that? No, I’m not crying. Shut up!”

I hope you enjoy my pain.

#8. EYEBROWS
I don’t have much of a unibrow, so getting it waxed wasn’t that intense. What was slightly disconcerting was the feeling of the skin surrounding my eye getting pulled away from my skull. But that was probably due to Erica’s user error. Sheesh, I can’t believe I’m marrying her.