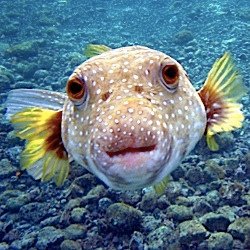 PUFFERFISH
These wide-eyed, pucker-lipped creatures may seem like they’re just trying to make friends, but don’t be fooled — pufferfish are the second-most poisonous vertebrate on the planet (golden poison frogs are the most poisonous), and will sooner paralyze your diaphragm than bat its big, dopey eyes at you. 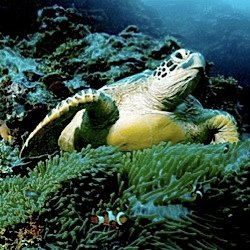