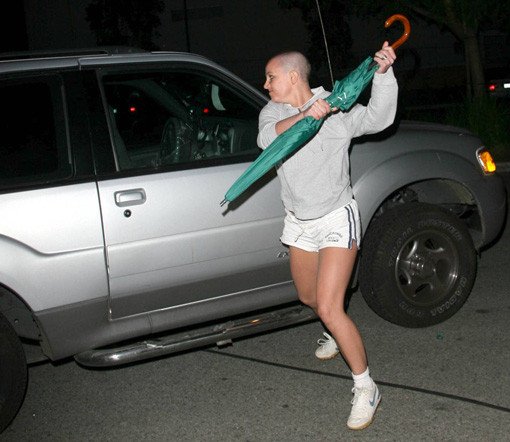 #5. BRITNEY SPEARS
Calling what the pop queen of the early aughts went through a “downward spiral” is unfair, because spirals actually take some time. In a few short years, Britney went from the top of the world, to two failed marriages (one of which lasted about as long as it’s taken you to read this), to shaving her head and attacking paparazzi like some kind feral lab experiment.

Then … little by little … she started to get her shit together, ultimately booking a gig judging on The X-Factor that has her back in the studio making music rather than TMZ headlines.