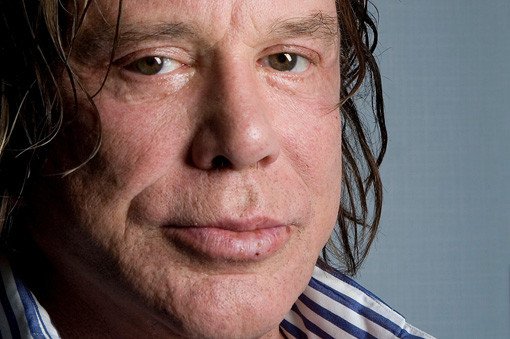 #2. MICKEY ROURKE
The bad boy of 80s cinema went into such a career shame spiral in the early 90s that he actually quit acting to pursue a career being a punching bag for amateur boxers. Luckily for Mick, he just happened to stumble into two high-profile movies that required its leading man to look like Joan Rivers after a massive bee sting attack — 2005’s Sin City and 2008’s The Wrestler.

Also: Rourke: “Most actresses are c*nts with a capitol K”

The lumbering mook followed up those hit movies by snagging big-time roles in Iron Man 2 and The Expendables.