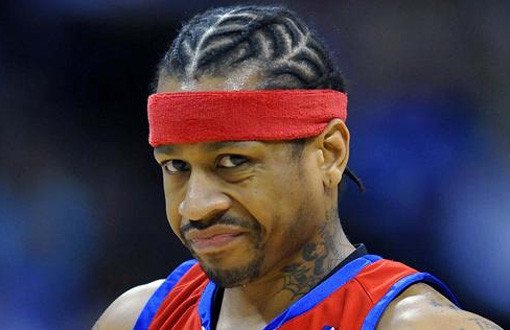 By our count, Allen Iverson earned more than $154 million during his 14-year NBA career. He was Rookie of the Year, MPV, and an 11-time all star. But after blowing insane amounts of money on booze, gambling, jewelry, friends, family, and a personal hairstylist who traveled with him to away games, he’s now broke.

Iverson owes a couple million on a six-bedroom, nine-bathroom home in Denver, and most recently had his wages garnisheed for failing to pay a $860,000 jewelry bill. (We’ve all been there, Allen.) Of course, A.I.’s … intemperate financial history is hardly unique amongst athletes. A few years ago, Sports Illustrated claimed that 78 percent of former NFL players and 60 percent of former NBA players go broke or find themselves in serious peril following retirement. And that includes stars. Like, for instance … 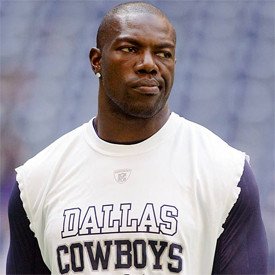 TERRELL OWENS
Even with a 15-year career in pro football, reality TV show, and endorsement deals that totaled more than $80 million, Owens has apparently managed to squander most of his money. For starters, he endured $44,600 per month in child support payments, and made a slew of bad real estate investments that went bust after the housing market crashed in 2008. After the 2010-11 season, the Cincinnati Bengals declined to renew his $4 million contract, and no other NFL teams showed interest in signing him. To keep money coming in, Owens is now playing for the Indoor Football League, but he’s making … significantly less than $4 million a year. In a recent interview with GQ, T.O. admitted he’s “in hell” and that he has “no friends.” Shocking; he always charmed his teammates.