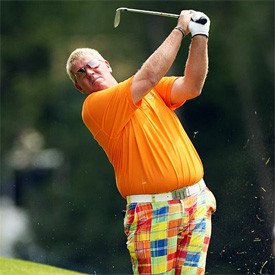 JOHN DALY
Between 1991 and 2006, Daly gambled away between $50 and $60 million. His favorite game: $5,000 Las Vegas slots. His gambling addiction — combined with his alcoholism, four failed marriages, child-support payments, and lost endorsement deals — eventually wiped him out. At least he still has income; so far this year Daly has earned about $150,000 on the European Tour.