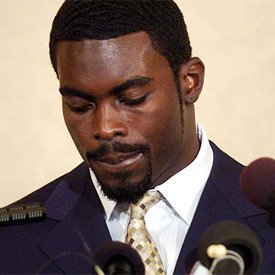 MICHAEL VICK
Before felony dogfighting charges in 2006 sent Vick to prison and kept him out of the NFL for two seasons, he’d made roughly $25.4 million a year since 2001. While locked up, Vick’s legal expenses and child support payments, plus his lack of income, plus the fact that his goofball friends were handling his money for him, forced him to file for bankruptcy. After his successful return to football, Vick signed a $100 million contract extension with the Eagles in 2011 that made him the third-highest paid player in the NFL. Still, Vick owes creditors about $19 million and is on a court-approved budget through 2015.