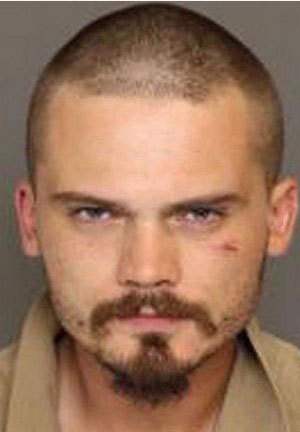 Thankfully, we have TMZ and plenty of gossip mags to remind us that famous people do dumb things every single day of their lives. And that’s refreshing because it justifies our terrible behavior when we act like morons (which, sadly, is more often that we’re proud to admit).

However, sometimes these celebrity arrests deserve to be highlighted because they’re in a category of idiocy that deserves a slow golf clap and a medal. For example …

#1. Jake Lloyd
What: Reckless driving, resisting arrest, driving without a license, failure to stop
When: June 2015

Lloyd, the tike who played the incessantly annoying Anakin Skywalker in the first black eye of the Star Wars franchise, Star Wars: The Phantom Menace is all grown up. But he’s given up intergalactic pod racing for something much more dangerous — leading cops on a high-speed chase. The chase ended when little Annie lost control of his vehicle and plowed into some trees. Obi-Wan would not be proud.