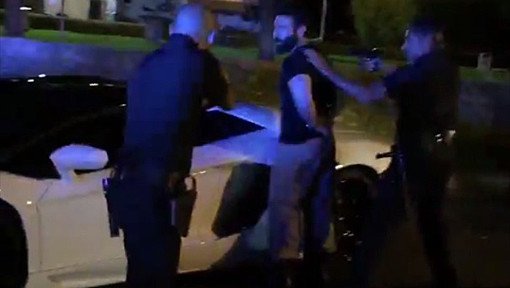 #9. Dan Bilzerian
What: Possessing or Manufacturing Explosive Device
When: 2014

Sure Dan “King of Instagram” Bilzerian tossed a porn star off of a roof and kicked a model in the face at a Miami nightclub, but it was Bilzerian’s wise decision to bring bomb-making material to Los Angeles International airport that really give him a leg up on dumb arrests. He was charged with possessing an explosive with the intent to manufacture it. But don’t worry, he got off essentially without a scratch. In February 2015, Bilzerian pled no contest to a misdemeanor of charge of “negligently failing to extinguish a fire in the open” and fined a little more than $17K, which to him, is like milk money.