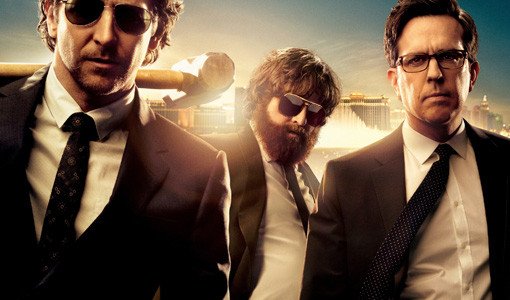 The Hangover Part III was an unfunny time waste. If you argue that point, you’re wrong and/or have a terrible sense of humor.  Of course, the third and final installment in the Hangover trilogy made $362 million worldwide (it cost $103 million to make) — and that’s precisely why so many franchises have a part threes even when the shouldn’t. It’s not that there’s more to say or that the story hasn’t been told already, it’s that the studio knows it can make a shit-ton of cash.

And that’s precisely why so many part threes in movie history have completely sucked. Will The Hangover Part III go down as being one of the all-time worst third installments?  It might, actually. But it might be just as bad and not worse than any of these part threes …

THE DARK KNIGHT RISES (2012)
Okay, we’ll tell you straight off the bat that it’s better than other films on this list. But The Dark Knight Rises has to be held to a higher standard because of the films it came before. And when you adjust for that, you realize how flawed TDKR is. First, at 165 minutes, it’s way too long. In addition, the way Bruce Wayne goes from aging cripple to limber gymnast is laughable. There are also a ton of plot holes. And … actually, just watch the video above to see what a disappointing finale this movie was to an otherwise terrific Batman trilogy.