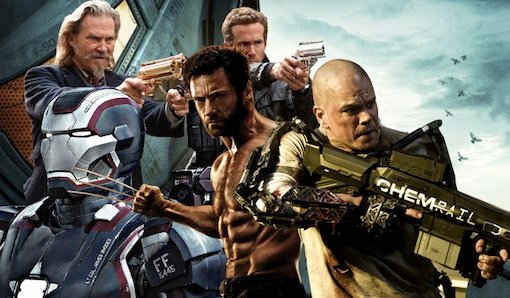 At first glance, the Summer 2013 movie line-up looks solid. Awesome, even. You have Marvel Studios’ first Avenger solo outing following last summer’s complete box office dominance; there’s the mind-melting sixth installment in the “Vin Diesel drives and sweats” franchise, and you have a big budget adaptation of a classic piece of American literature taught in pretty much every high school in the country … directed by the guy who made Moulin Rouge … in 3D. (Like, in real life, that is happening.) So while expectations are running high, allow us a moment to gather up some rain for that parade ….

IRON MAN 3 (MAY 3)
Betting against Marvel movies may sound like a fool’s errand (unless Nic Cage is starring in the movie), but let us not forget Iron Man 2. Ol’ Shellhead’s movies aren’t so much stand-alone superhero adventures as they are two-hour trailers for whatever “phase” Marvel Studios is about to kick off — which is currently Phase Two, by the way. “Hi, I’m Iron Man. Have you met Star Lord? How about Dr. Strange?” The first Iron Man was great, but we fear the third installment will be like the second — a two-minute trailer for the next Avengers movie preceded by two hours of lousy Iron Man movie.

NEXT: Star Trek Into Darkness