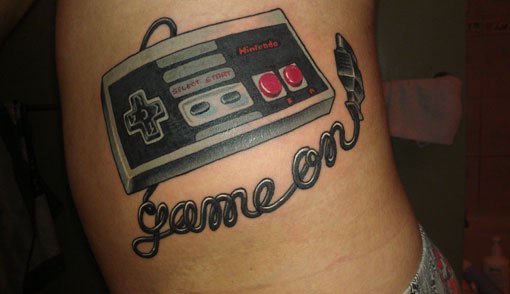 We may have new video game consoles, like PS4s and Xboxes and TurboGrafx-16s, But as gameplay and video game concepts have evolved, we still can’t shake over our love of classics from the ’80s and ’90s. Games like Tetris, Contra, Super Mario Bros., Street Fighter II, Legends of Zelda.

And evidently, we’re not alone in our love of the classics. , who permanently inked their attachment to these games on their body. Some are cool, some are awesome, and some are probably the worst tattoos we’ve seen in a long time. Still, they have to be seen to be believed. Enjoy!