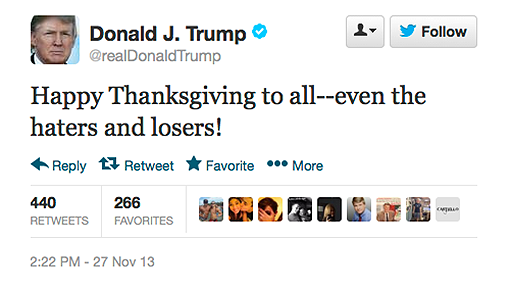 The web is saturated with tales of otherwise competent employees being fired for social media blunders. In fact, 8% of US companies have jettisoned crew because they said or posted something inappropriate. Trump is no stranger to being a Twitter twat, which is fine considering he’s his own boss. His latest boner is, of course, getting into a Twitter exchange with the Mexican drug lord who busted out of prison. Call us nuts but in that right we’ll take the hardened criminal and not the uppity bag of skin and hot air.

But, for those of us less fortunate, posting stuff like “Django Unchained is the most racist movie I have ever seen, it sucked!” could spell disaster.