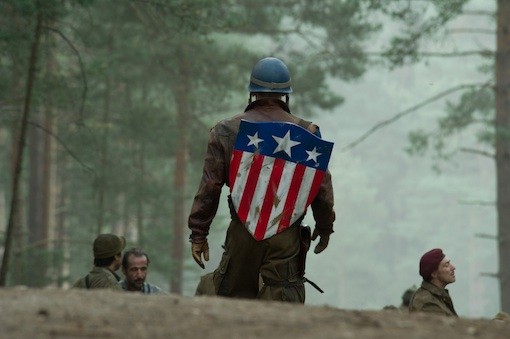 Captain America: The First Avenger is No. 1 at the box office, and we’re happy about that. For one thing, it knocked Harry Potter out of the top spot, marking the 874,389th time the U.S. has proven its superiority to Great Britain. And for another thing, we’ve always loved Cap.

Of course, we also assumed the concept of an unbeatable red, white, and blue war machine pounding Commies, Nazis, and the like was pure fiction. But Captain America’s story isn’t fiction — not even the whole frozen-in-ice thing. In 2005, the body of 22-year-old World War II Army Air Corps cadet Leo Mustonen was found frozen solid in the Sierra Nevada mountains; he was dead, but still completely intact. USA! USA!

Now, Mustonen won’t rise again to battle evil, but there have been several super soldiers over the years who are pretty much one patriotic shield shy of being real-life Captain Americas. 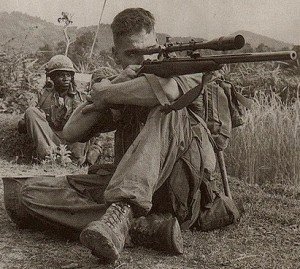 GUNNERY SGT. CARLOS HATHCOCK
This Marine sharpshooter was known for two things in Vietnam: the white feather he routinely wore in his hat, and a sniper kill that seemingly could only happen in a movie. Amongst Vietnamese soldiers, Hathcock was known as “Lông Trắng,” translated as “White Feather.” In fact, the enemy desperately wanted that white feather as a trophy of their own, and so the Vietcong sent one of their own snipers, who’d himself killed several Marines, to hunt Hatchcock down. The pair stalked each other for hours, until Hathcock saw a glint of light in the distance and instinctively fired. His bullet struck the source of the light — which was the enemy sniper’s scope. It traveled through the eyesocket, past the brain, and out the back of the skull. Hathcock himself couldn’t believe the shot, stating that both men must have been locked in on each other at the exact same time, and that he’d just happened to shoot first.

It gets badasser…: Hathcock’s 93 confirmed kills are enough to catapult him to Rambo status, but the bounty on his head would’ve made any super soldier blush. During Vietnam, bounties on individual soldiers weren’t uncommon, and typically ranged from $8 to $2,000. Hathcock’s was $30,000.