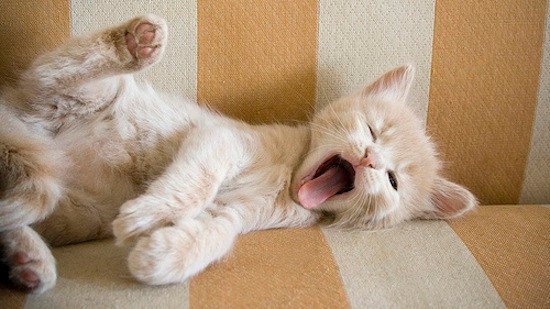 #3. Sleep More
Not during your workday at your desk — at night.  A University of Colorado study using 16 healthy men and women over a two-week period found that people who stayed up later were found to eat more carbs, a smaller breakfast, and a larger dinner. Another study involving 224 subjects from U of Penn found that getting your munchies on late at night led to consuming fattier foods, which translated to weight gain.