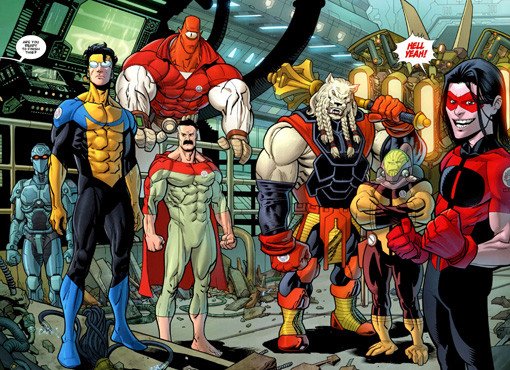 #5. INVINCIBLE
Unfortunately, in order to convey how cool the Image Comics title Invincible is and why it would make a great movie, we kind of have to spoil a pretty big reveal. So stop reading now …  All good? Great, you see Invincible is about the teenage son of a superhero named Omni-Man who begins to develop powers of his own.

But he learns that his Superman-like father is actually a villain prepping Earth to be conquered by his alien species. The series was created by Walking Dead’s Robert Kirkman, and would be a great twist on the Peter Parker/Kal-El story. 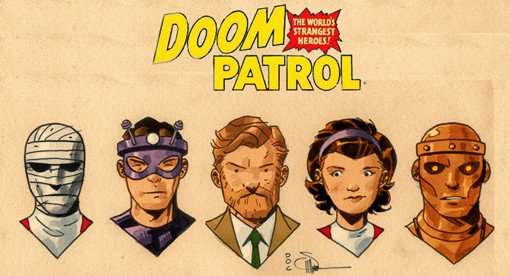 #6. DOOM PATROL
Why shouldn’t DC take on Marvel at its own game? Doom Patrol is essentially DC’s version of the X-Men, right down to its wheelchair-bound leader and it’s rotating cast of members. It would be a blatant attempt to siphon money away from the enormous X-franchise, for sure, but all’s fair in love and box office — besides, Doom Patrol debuted in June of 1963 and X-Men in September 1963. Hmmm … So who stole from whom?