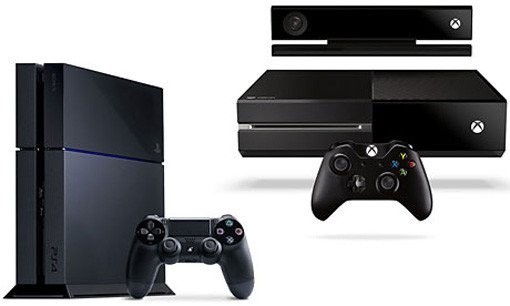 #6. The New Next Gen Games | November 15, 2013 and November 22, 2013
Christmas in 2013 was dominated by what Americans seem to love most — Japanese-built video game consoles. The PS4 and Xbox one debuted late last year, and have since gone on to sell a combined 10 million units and continue their consumer-benefitting rivalry. Not strangely, the sales of Mt. Dew and Cheetos also increased dramatically.

#7. War With North Korea? | June 26, 2014
Could a movie starring James Franco and Seth Rogen really lead to war with North Korea? No. Not even a little. But, plenty of American news outlets – including NPR, ABCNews and the Washington Post – claimed that North Korea’s response to the trailer, in which a reporter and producer (played by the stoner BFFs) are contracted to assassinate Kim Jong Un, would lead to war. In fact, North Korea said nothing of the sort, and just bashed the plot as being intolerable. Usually, it takes $12 and some popcorn to figure that out.