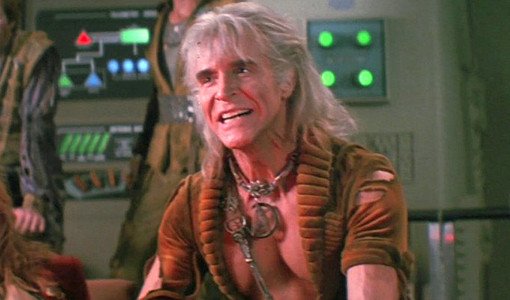 KHAN | STAR TREK II: THE WRATH OF KHAN (1982)
Any Trekkie worth his weight in Quatloos is going to root for Kirk because he’s played by William Shatner. But don’t forget that Kirk left Khan (Ricardo Montalban) stranded in the ass-end of the galaxy on a barren planet full of brain-eating sandworms. So while the Captain was busy schtupping green space chicks, Khan was trying to survive an inhospitable wasteland and burying his wife in a never-ending sandstorm. Kirk, you totally asked for it.