Cleaning Your Ears
After witnessing the bloody carnage they can unleash when comically enlarged and placed in the meaty hands of American Gladiators, are you really surprised that cotton swabs are dangerous?

How It Could Kill You
Three years ago, a Montreal man’s death was linked to meningitis (inflammation of brain membranes) caused by bacteria that hitchhiked from his outer ear through his eardrum — which he’d punctured during an especially passionate cleaning. Even worse, doctors concluded that he probably caused the initial bacterial infection because he cleaned his ears too often.

But Will It Actually Kill You?
It ain’t rocket science: When people poke around in their ears with a stick too often, bad things are likely to happen to their fragile eardrums. It takes about two months for a ruptured eardrum to heal, which leaves plenty of time for bacteria to slip through 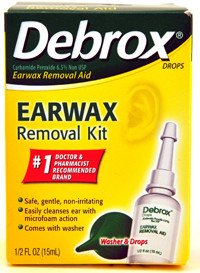