Using a Toothpick
If you don’t have a toothbrush or dental floss handy, toothpicks are the next best thing, right? Yeah, well, it’s basically a tiny sword with which you stab your mouth — so before you use one, make sure your affairs are in order.

How It Could Kill You
When a piece of toothpick breaks off as you clean your teeth or inhale a cocktail wiener, a lot of bad stuff can happen. It can become lodged in your throat, at which point your body views it as a threat and creates a barrier of tissue around it, which can potentially obstruct your esophagus. (If you think that sounds crazy, it’s a scenario taught in medical textbooks.) If the shard makes it as far as your gastrointestinal tract, there’s a chance it could pierce your intestinal wall and spill the contents, contaminating your insides with bacteria, which can lead to sepsis, which can lead to death.

But Will It Actually Kill You?
You probably don’t routinely bite off chunks of toothpick, but when you do, your body is unable to digest it, meaning that there are plenty of chances for it to do damage along the way. 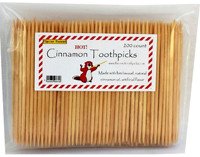 Dating culture has gone into overdrive over the past decade, with help from the never-ending list of...

What qualities make a crypto coin perfect for trading?