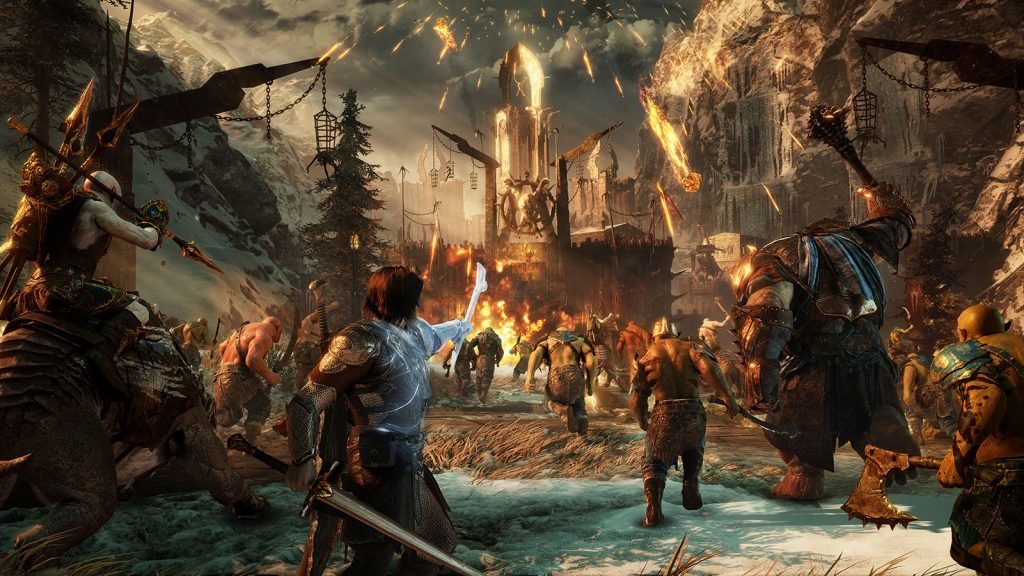 Warner Bros. Interactive and Monolith (creators of games like F.E.A.R. and No One Lives Forever) have recently announced the sequel to their highly successful action RPG, Middle-earth: Shadow of Mordor. This new title picks up where the previous game left off, which means just after the end of Shadow of Mordor (sometime between The Hobbit and The Lord of the Rings). Players are still going to play the main character still following Talion and Celebrimbor. You can check out the kick-ass cut-scene from the upcoming game below: