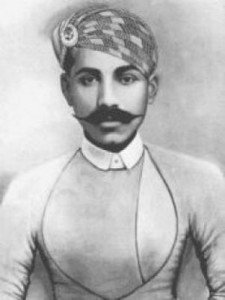 Thug Behram (1790-1840)
Number of victims: 125 to 931
Ever wonder where the word “thug” comes from? Well, meet the inspiration: Thug Behram. Sure, he looks like Great Tiger from Nintendo’s Punch Out!! franchise, but he was a ruthless leader of the Thuggee cult and a badass killer who used a rumāl (ceremonial cloth) to strangle people.

Behram is believed to have participated in as many as 931 killings in Pakistan between 1790 and 1840, but another version of the story has him strangling a mere 125 men. In 1840, Behram was executed by hanging.